DETROIT – Arab American business owners pride themselves on staying in Detroit when others left. They argue that they have weathered the storm and stuck with the city during its decline, so they want to be a part of its future as it recovers.  But the Arab influence in Detroit is already expanding beyond small stores.

Mayor Mike Duggan appointed three Arab Americans to lead the Departments of Public Health, Immigrant Affairs and Constituent Services.  These city officials say they are there to serve the entire community and help soothe some of the tensions between ethnic groups.

African Americans make up more than 80 percent of the city’s population. In 1967, disenfranchised black residents engaged in violent protests against inequality and unfair representation. The ’67 riot changed the city drastically. The unrest eventually empowered African Americans in city government, but also contributed to the exodus of white residents.

After the 2014 bankruptcy, Detroit is starting yet another chapter, where Arab Americans are looking to be partners in that change. But as Arab presence grows, advocates and officials are urging small business owners to reform their relationship with fellow Detroiters.

“Nothing to do with power” 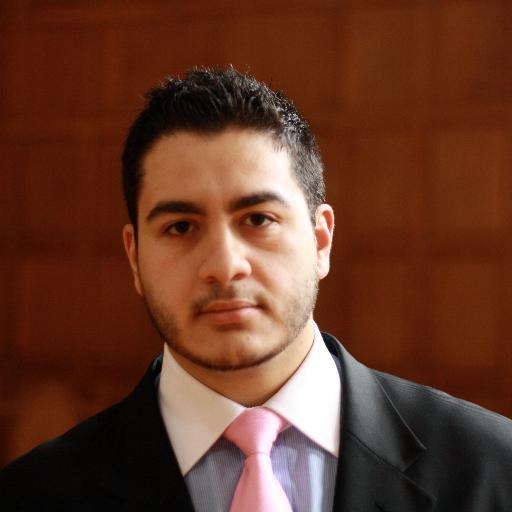 Dr. Abdul El-Sayed, director of Detroit’s Department of Public Health, feels a responsibility to fight racial and economic inequality in his field and finds the city a ripe environment for such advocacy.  But sometimes, he is asked about his place of origin, and if his family owns a gas station.

“As an Arab American, there’s always a question about ‘Where are you from?’ For me the answer to that question is ‘I’m from Detroit,”‘ he said. “This is home.”

“They’re my neighbors; they’re my people,” he told The Arab American News. “I consider it a deep responsibility and an honor and a privilege to be able to advocate on their behalf.”

El-Sayed, 31, oversees all aspects of public health in the city. That includes inspecting restaurants, protecting against the spread of disease and providing healthcare services, such as immunization.  He said he felt elation and fear when he was offered the job. He was residing in New York City but left the Big Apple, where his wife is still living, for the position here.

But he knew it was not going to be an easy job.  The public health director said he is witnessing great developments unfolding across Detroit. He added that Duggan and his administration want to see improvements everywhere in the city, especially in the neighborhoods.  ”One of the great things about public health is that we are in a position to really make sure that as Detroit grows and improves, it gets better for everybody,” El-Sayed said.

From Eastern Market to City Hall

Officials and activists say immigrants can play a major role in repopulating and reviving Detroit.

Fayrouz Saad is the daughter of Lebanese immigrants. Her father has owned a business in Eastern Market for four decades.  As the Director of Immigrant Affairs, Saad helps promote the integration of newcomers across Detroit.  Saad said existing immigrant communities have done a great job establishing themselves and contributing to the city.

“But I think there’s always room to do better,” Saad said. “That’s why it’s important to have an office like this to build those relationships.”

Despite anti-immigrant rhetoric at the national level and in some surrounding communities, Saad said the city’s welcoming attitude toward residents and leadership help ease the assimilation of new Detroiters.  She said her office aims to establish and promote ties between different groups to increase cooperation.

El-Sayed, of the health department, said he is proud of his Egyptian heritage, but he believes in this country.  He said he considers it a great honor to work alongside African Americans, whom he said have suffered the most from the nation’s “egregious inequality.”

“I’m a human first and foremost, and an American second,” he said. “And fundamentally, as humans and Americans, we have a responsibility to equity. That’s the responsibility I serve every day.”

El-Sayed criticized some of Detroit’s Arab-American business owners, saying they have not been good citizens.  He said the way some Arab-owned liquor stores and gas stations conduct business is not consistent with Arab and American values.

“A number of folks don’t treat the community with respect and dignity,” he said. “Part of my being here is to say, ‘There are many of us. There’s not one group of Arab Americans. Not all of us own liquor stores that are contributing to the social ills of the neighborhood.'”

El-Sayed called on Arab Americans to rethink their responsibilities to the broader society.  He said as local Arabs push against racism that targets them, they need to address bigotry in their own communities.  ”If we believe all people are equal, then we treat all people equally,” El-Sayed added. “We should not extract from communities.”

He urged small business owners to be involved in Detroit’s neighborhoods beyond making a profit.

“Sometimes it’s easy for us to retreat outside of Detroit, come in, sit behind a bullet proof glass, treat people poorly, sell them products that harm them, and then say: I am just a businessman,” he said. “It is not that simple. We are a part of a community. We have an opportunity to sew ourselves into the fabric of that community.”

However, El-Sayed said many Arab Detroiters are on the right side of that debate.  Asked about the attitudes of some business owners, who feel like they are victims of anti-Arab bigotry and violent crime in Detroit, El-Sayed said an environment of injustice harms everyone.  Arab Americans can change their own behavior to tackle that status quo and change it, he added.

Former State Rep. Rashida Tlaib, whose district was based in Southwest Detroit, echoed El-Sayed’s comments on small businesses’ responsibilities to the broader community.  She said most African Americans’ first encounter with Arab Americans is at a cash register, so when the relationship is not positive, it reflects badly on all Arab Americans.

Tlaib, a Palestinian American born and raised in Detroit, added that she has personally witnessed the disrespect of some store clerks who insult customers in Arabic.

“That’s something that we haven’t been able to deal with,” she said. “We can tell people that not all Arab Americans are like that, but at the end of the day those are the experiences that a lot of my neighbors who are African American are having.”

The former lawmaker said some local Arab Americans feed into the dehumanization of African Americans “because that’s what American society has told people.”  She urged businesses to give their staff sensitivity training about the African American community, in the same way that Arab Americans ask for cultural training for law enforcement agents.  Tlaib said Arab representation in the local government can help mend some of these issues.

“Being in the room to make decisions, of course, is good,” she said.

Tlaib added that the Director of Constituent Services, Mallak Beydoun, along with El-Sayed and Saad can contribute to reversing the stereotypical notions about Arab-American Detroiters.  She said the mayor’s Arab American appointees love the city.

“As long as they have that commitment and that drive, they’re going to do well,” she said.

The former state representative added that Arab residents should avoid isolating themselves by interacting with their surroundings.  Tlaib paid tribute to the unrest in 1967. She called it an uprising, adding that it opened the door to African Americans and other ethnic groups to be a part of city government.

“Hearing the stories from some of the seniors and even from my own father, it was a city predominantly run by white people, and the police force was predominantly Caucasian,” she said. “People who were making decisions didn’t reflect the community.”

Tlaib added that the current African American leadership in the city is “phenomenal.”  However, she said race relations in the region are not ideal today, citing comments by Oakland County Executive L. Brooks Patterson, who told The New Yorker magazine in 2014 that he had long predicted Detroit would be turned into a fenced Indian reservation. (Patterson later claimed the reporter quoted him in a “false light.”)

Arab influence in Detroit has been entrepreneurial, long before the community broke into the realm of politics.  Nasser Beydoun, the former Director of the Arab American Chamber of Commerce who owns gas stations in Detroit, said Arab Americans have been a part of the city’s economy since the turn of the 20th Century.

“They started off as grocery store owners, peddlers,” he said. “That evolved. When the city was in decline, it was Arab Americans and Chaldeans who would go in there and open gas stations and liquor stores and grocery stores when everyone else abandoned Detroit.”

He added that Arab entrepreneurs are tapping into new investments, including real estate and entertainment as the city makes a comeback.  “We’ve been an integral part of the city,” he said.

Beydoun acknowledged the challenges between businesses and clients, but he said things are heading in the right direction.

“There are still issues, and both sides are to blame, but the relationship is much better,” he said.  Beydoun said store clerks are becoming more sophisticated and respectful, and the dialogue between the business advocates and Detroit community leaders is helping.

“When you invest in your business, you are investing in the community,” Beydoun said.

Moussa Bazzi, who owns gas stations and commercial properties in Detroit, said Arab Americans have been playing an important role in the city since the 1960’s.

“Everybody deserted Detroit – the big stores, the chains, the small businesses, but we stayed. We toughed it out,” he told The Arab American News. “The residents and city officials are now realizing we’re in it for the long haul.”

Bazzi has been doing business in Detroit for 35 years, and he said he never had a major problem.

“I choose to be in the city of Detroit. I love it. I feel comfortable working here,” he said.

The businessman added that African Americans understand the bigotry that Arab Americans and Muslims faced after the 9/11 terrorist attacks.  ”They got our back,” he said.  According to Bazzi, the key to success in Detroit is patience and respect.

A New Politics of Diversity in Detroit?

By Michigan Korean Weekly in Chapter 1, New Michigan Media, The Intersection on February 25, 2016

The Bridge Comes to Delray