America still struggles with race, but those struggles are changing. As the white majority has been shrinking, tensions have been rising. You can see it in anti-immigration movements. In the feeling among some white people they’re being oppressed.

Meanwhile, a new generation of black protest organizations has been taking to the streets as black Americans feel a greater threat from white-dominated politics and police.

Lester Graham with Michigan Radio and the Detroit Journalism Cooperative looks at how race relations have changed since the civil rights movements of the 1960s.

When many cities in the U.S. erupted in protest, riots, and uprisings in the 1960s, most white people were bewildered.

President Lyndon Johnson appointed the National Advisory Commission on Civil Disorders, known as the Kerner Commission. He wanted to know why the rebellions took place.

White people were surprised by the findings. The Kerner report indicated white attitudes toward black people led to the uprisings. White racism had built the society that suppressed the chance of equality for black people.

Some scholars argue that Americans – white Americans – have not learned the lesson of the 1960s uprisings or the recommendations to correct the problems.

“In the wake of the Kerner Report, we have created two societies that are deeply unequal. That is a fact.”

Heather Ann Thompson is a professor at the University of Michigan and wrote the book, Whose Detroit?

“The inequality, the income inequality, racial inequality, suburban/city inequality, job inequality -we could just go on and on and on- is far worse and that is a deeply racialized inequality. So, we’ve done that. The question remains: what do we do next?”

Resentment surrounding issues of race has been building over those decades: resentment among blacks who still find themselves at the bottom of the economic ladder… and resentment among whites who’ve been knocked down a rung or two.

Paul Lee is a Detroit historian who’s written on the 1967 uprising in Detroit. He says things are not any better today than they were in the ‘60s and perhaps worse. He says the protests we’ve seen in the last couple of years are revealing.

“Our situation, that is, the situation of African-Americans in Detroit and throughout the country, I think is much more precarious than it’s been perhaps in a century.”

He bases that on the loss of economic underpinnings of black neighborhoods. Few blacks owned their own homes, a significant factor in building wealth.

The relatively few middle-class black families who could afford it later followed white families to the suburbs. With them went black businesses.

The little economic power African-Americans had slipped away.

But there was optimism because political power grew.

Young worked to make sure black residents were better represented in city departments. Paul Lee says that does not mean the majority black population actually ran the city.

With recent investments by billionaires –white billionaires—in Detroit’s central business districts, there is a celebrated downtown revitalization. But that keeps investment in white hands.

While much of the American economy has been recovering, Detroit residents have been seeing a huge increase in tax foreclosures. Unemployment rates remain about twice that of state or national numbers. Poverty is widespread. 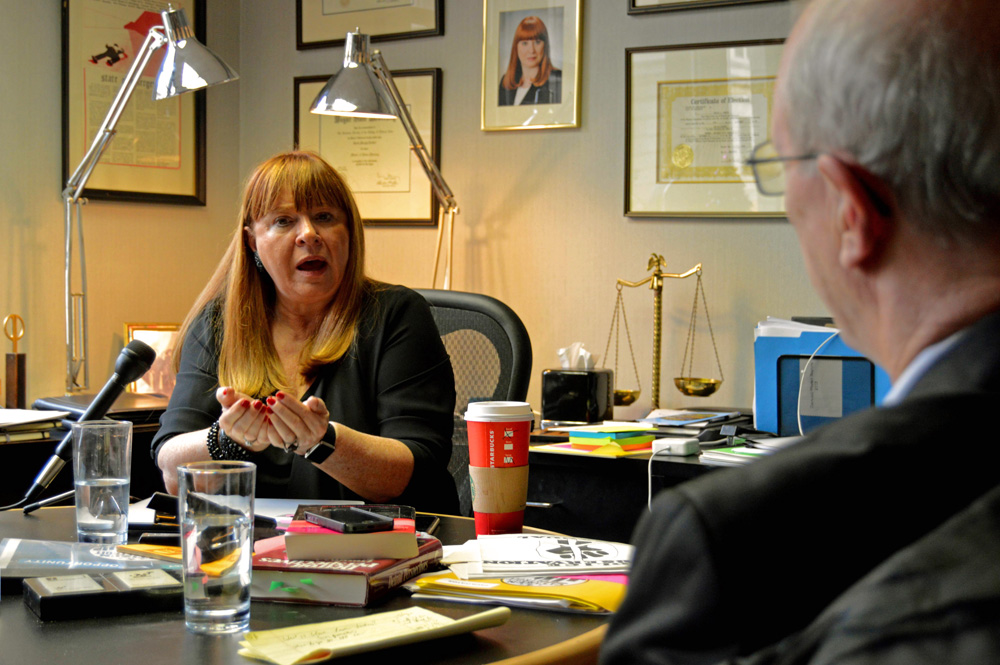 Under the same kind of circumstances, the 1960s and 70s saw a rise in protest organizations, some of them militant. Former Detroit City Council member Sheila Cockrel was an activist alongside her husband, Kenneth Cockrel. He was with the League of Revolutionary Black Workers. She says the term “Black Power” suddenly entered thenational lexicon.

“For many people it was an expression of the necessity of being at the table, if you will. That when decisions are made, that the voices of black people are part of the decision-making.”

The shift from “Black Power” to today’s “Black Lives Matter,” seems to be slipping from a demand to have a seat at the table to the request, ‘Please, don’t kill us.’

But, “Black Lives Matter” isn’t the only protest movement. In Detroit, dating back to at least the take-over by an emergency manager and then bankruptcy, new groups have been raising their voices in and around the city. Groups such as New Era Detroit, the Change Agent Consortium, the Detroit Water Brigade. There are protests for economic inclusion, against foreclosures and water shutoffs and against police brutality.

“I’m hoping that in that constellation of organizations and people that there’s going to emerge the next generation of authentic grassroots leadership that creates, that has a set of ideas that motivate people to act.”

Some of those ideas are based on the belief that government –especially state government-ignores the needs of people of color.

Reverend Charles Williams II is the President of the Michigan Chapter of National Action Network. He says people are frustrated that in many ways life in Detroit is worse now than it was in 1967.

“I think it had more to do not with his character, not with his willingness to go and meet and do and work, but the matter of fact is he’s African-American.”

And a black president is seen by some as the ultimate threat to white power structure and privilege.
So, there’s no rush by most of the politicians who count on white votes to do much.

Heather Ann Thompson – the U of M professor – says policy makers today largely are ignoring the issues in the same way policy makers ignored them in the 1960s.

And to be effective, that change will have to negotiate opportunities for African-Americans to be included in both political and economic power.

Assistance in reporting this piece came from Bill McGraw with Bridge Magazine, a DJC partner and Michigan Radio’s Sarah Cwiek.

A quick guide to the 1967 Detroit Riot

A New Politics of Diversity in Detroit?

By Michigan Korean Weekly in Chapter 1, New Michigan Media, The Intersection on February 25, 2016

Income Inequality in Michigan: Biggest Gap is Not In Metro Detroit

Arabs and African Americans: A complicated relationship between solidarity and bigotry