The Kerner Commission, and why its recommendations were ignored

The Kerner Commission, and why its recommendations were ignored

News media around the world are talking about Detroit’s resurgence.

Politicians in the city and the state, such as Governor Rick Snyder, hype its revitalization.

But that’s only part of the story of Detroit.

In the city’s neighborhoods many people are still struggling.

Michigan Radio and the Detroit Journalism Cooperative have launched a year-long investigation to see what has and what has not changed.

Lester Graham reports on a 1960s plan to help end racial discrimination in Detroit and the nation.

It was ignored by policy makers. Many researchers say that was a critical mistake.

The summer of 1967 saw dozens of uprisings in urban centers across the nation.
Detroit’s was the worst.

43 people were killed –most of them black. More than a thousand other people were injured.

“I take this action with the greatest regret and only because of the clear, the unmistakable, and the undisputed evidence that Governor Romney of Michigan and the local officials in Detroit have been unable to bring the situation under control.”

Before the fires in Detroit were out, Johnson spoke to the nation again. He was appointing an 11-member special Advisory Commission on Civil Disorders. It was chaired by Illinois Governor Otto Kerner and became known as the Kerner Commission.

“The Commission will investigate the origins of the recent disorders in our cities. It will make recommendations—to me, to the Congress, to the State Governors, and to the mayors—for measures to prevent or contain such disasters in the future.”

The President wanted to know why? Why did these uprisings happen?

Within seven months the Kerner Commission had an answer.

Nathaniel R. Jones was Assistant General Counsel for the Commission: 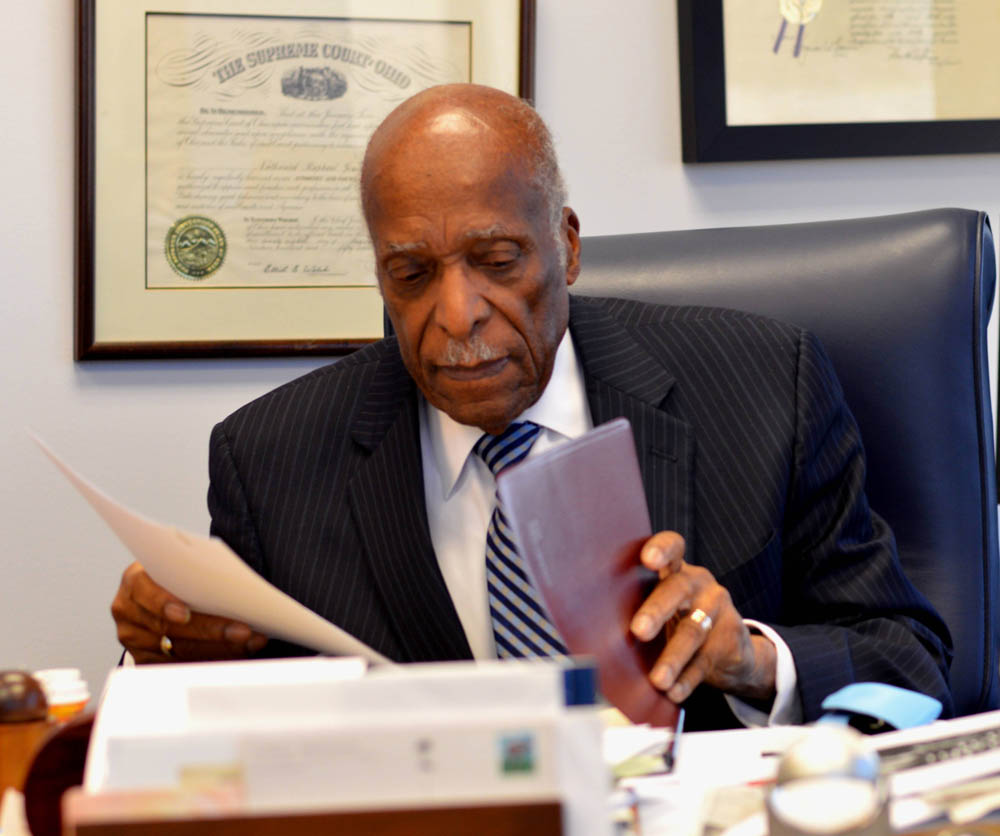 “One of the conclusions of the Kerner report was that white racism was at work, was the cause of the upsets and the uprisings that we had. In fact, the report stated that white society created it, perpetuates it, and sustains it.”

In other words, white racism, white attitudes were the underlying reasons for racial unrest in the cities. Many white politicians and news media vehemently resisted that finding.

Detroit had been seen by the nation as a model of race relations. Many black people were getting jobs in Detroit that simply were not available to people of color in much of the rest of the country.

Overlooked was the fact that Detroit African-Americans often were given the hardest and dirtiest jobs, often were passed up for promotions, and generally made less money. Housing was inferior. Unemployment among people of color was higher. Relationships with police were strained.

The Commission also blamed the violent outbreaks on federal and state governments ignoring the plight of black residents. It blamed mainstream media for ignoring the problems and consistently presenting only the white point of view.

“The Commission said in its report that there was a combination of complex social, psychological problems, poverty all tangled up which create this feeling on the part of people that they can’t trust authority. And that was true as a lead in to what happened in the ‘60s and it’s true now.”

The report’s most quoted conclusion read, “Our nation is moving toward two societies, one black, one white- Separate and Unequal.”

The Kerner Report was published in paperback. It became a best seller.

But President Johnson barely acknowledged it.

Joe T. Darden is a professor at Michigan State University and co-author of a book on the 1967 Detroit riots. He says the Kerner Report challenged whites’ attitudes about blacks. And he says that made President Johnson worry it would damage the Democrats’ chance to keep the White House.

“The report put the responsibility for all of this stuff on white society and white institutions. That, I think, was a surprise to some white Americans and I think that was part of the reason he was very careful not to upset the large segment of white society. That was why I think it happened like that.”

Another factor in President Johnson’s silence on the Kerner report was his own ego. He felt the report ignored his accomplishments Great Society programs.

But in a 1969 interview for the LBJ Library Commission Chair, Otto Kerner said praising Johnson’s work would give the report a political flavor the commission members did not want.

“He said, ‘You know, we’ve been trying to do these things that you’ve recommended in the report, and as you know Congress is not very acceptable to the things that I proposed. But I want you to know that I have the members of the cabinet and the White House staff people still trying to have accepted those things I’ve already recommended.’”

But that’s not what Johnson told one of his political buddies.

A phone call between President Johnson and Chicago Mayor Richard J. Daley reveals Johnson had problems with the report.

“And Bobby just gave me hell today for not carrying out the Kerner Commission study. Well, I didn’t realize when I appointed Kerner that this son-of-a-bitch from New York, Lindsey, would take charge. He did take charge and he recommended I hire two-and-a-half million people on federal payroll. And I just, I’ve not wanted to reflect on Kerner and criticize the Commission. At the same time, I couldn’t embrace it because I’ve got a budget.”

That Johnson budget had doubled because of the Viet Nam war.

Nearly five decades later, that report by the Kerner Commission is still considered a one of the most insightful documents on race relations and remedies for discrimination to ever be published by the government.

“That would have eliminated this separation we have: central city/suburb, white suburb/black central city, white affluent/black poverty. That would have prevented that. They didn’t take that alternative, what the Kerner Commission really wanted society to do.”

That’s why this year the Detroit Journalism Cooperative is looking into the grievances of black America, reviewing the findings of the Kerner Report, and investigating hard numbers to see how life for people of color has changed during the past 50 years.

Production assistance came from the Oral History Project at the LBJ Library. Assistance in reporting this piece came from Bill McGraw with Bridge Magazine, a DJC partner.

Michigan Gubernatorial Candidates on the Issues