As an American Muslim, Rashida Tlaib has to fight to live in peace.

As an American Muslim, Rashida Tlaib has to fight to live in peace.

Numerous protests have been sparked nationwide—and in our own cities of Detroit, Dearborn, and Hamtramck—as a result of President Trump’s recent immigration ban. The One Detroit team presents a story we recently captured of Rashida Tlaib, a woman confronting hate as she strives to realize her version of the American Dream. 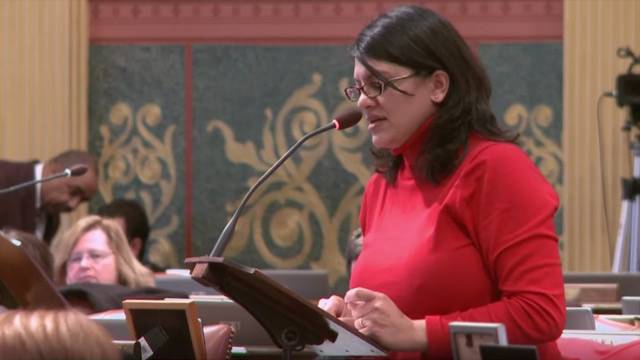 Rashida’s mother was pregnant with her when she stepped of the plane that arrived from Palestine. US-born and Muslim, she was raised in southwest Detroit. Her law degree could have allowed her to pursue vast career opportunities, but she dreamed of working on international human rights issues. When she realized there was plenty of work to do here at home, she earned political success as the first Muslim woman elected to a state office. Now she’s working to fight ignorance and a rising Islamophobia in her own backyard.

Detroit Jews get the message of Trump’s immigration order

Living with the Divide

As governor, Bill Schuette would consider ‘all options’ for struggling schools, including closings

Four Things You Should Know About Prevailing Wage in Michigan