I’ve been talking to legislators and congressmen for a long time, and know something about lawmakers in the past as well. There are some ways in which I think today’s lot are generally better. For example, they are better educated and drink less. More of them are women, and I think there are far fewer on the take.

But there’s also something very wrong with our legislature today, something that often makes me think we would be better off with the old boozing and occasionally brawling pols, some of whom were still around when I was a young reporter. 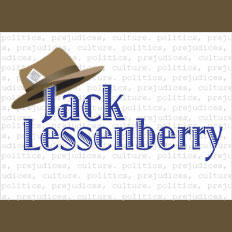 You could argue that the old-time politicians didn’t always understand what the people wanted, and I’d agree. You could say that some even pandered to our worst instincts.

But today we have a state Senate whose leaders are actively hostile to the clear will of the people when it comes to openness and transparency in political campaigns.

Senate Majority Leader Arlan Meekhof and his follower, Senate Elections Chair Dave Robertson, rammed through a bill last week that is a positive disgrace to democracy.

Senate Bill 335 would allow unrestricted spending by outside, so-called independent groups to influence Michigan elections. These groups would be allowed to hide the source of their campaign contributions, so that voters would have no way to find out who, for example, might be behind a multi-million dollar TV advertising smear campaign.

Former Republican Congressman Joe Schwarz wrote, “To say this is bad policy would be an understatement,” in a column in the Detroit News. Schwarz added, “We are at a moment when Americans’ trust in government is incredibly low, and efforts like these only erode that trust further.

How can Michigan citizens believe that their elected representatives are looking out for their best interests if they are receiving undocumented and unlimited financial contributions from anonymous individuals and corporations?”

The answer, as Schwarz well knows, is that the senators who voted to pass this bill aren’t looking out for our best interests. They are actively hostile to them.

Meekhof and Robertson are both term-limited and unlikely to run for office again, so they have nothing to fear. Earlier, they have repeatedly acted to prevent anything from being passed to make voting easier for people, including no-reason absentee voting.

They have repeatedly managed to kill efforts to make government more transparent by extending FOIA, or Freedom of Information Act laws to cover politicians like themselves.

But they can’t wait to make it easier for corporations to secretly give money to corrupt our electoral process. As Meekhof cynically told the Detroit Free Press, “Everybody should have free speech, and the Supreme Court has said that free speech equals money.”

I wasn’t aware that corporations have found it difficult to influence elections. Joe Schwarz put it best: This bill, he said, “furthers the reach and power of moneyed interests at the expense of Michigan voters,” thus “undermining the trust Americans have in our government.”

The state House of Representatives should defeat this bill, and if they fail to do so, Governor Snyder should veto it. We, as a people, are indeed fast losing faith in democracy – and this bill is a message that cynicism is totally justified.

And that might be the scariest outcome of all.

Jack Lessenberry is Michigan Radio’s Senior Political Analyst. Views expressed in his essays are his own and do not necessarily reflect those of Michigan Radio, its management or the station licensee, The University of Michigan.