During the city’s bankruptcy, heavyweights used the city’s dire economy to do what the mayor couldn’t do in his first term.

That included restructuring the city’s budget, retiring debt, and renegotiating labor contracts with the city’s unions for the first time in decades. 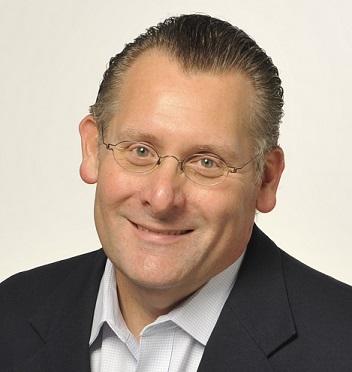 Now, the mayor has to sustain the momentum behind Detroit’s reinvention. He needs to work with his departments — and persuade business investors — to broaden the redevelopment push into the city’s neighborhoods.

Duggan also needs to prove that Detroit can maintain tight financial discipline without controls imposed by Lansing and backed by a federal judge’s order.

None of that will be easy.

Failure to deliver balanced budgets or to grow revenue or to refinance existing debt could all trigger renewed oversight by the state’s so-called Financial Review Board.

Those outside shackles are deeply offensive to many Detroiters.

Avoiding them depends on two things.

Second, a buoyant economy that keeps fueling reinvestment downtown, Midtown and in the neighborhoods.

It also depends on taming the old political impulses in Detroit to spend now and worry about the consequences later.

Been there, done that. That ended in Chapter 9 bankruptcy.

The single-most important ingredient powering change in Detroit are people. They’re leaders in politics and business, city and suburb.

And, they’ve demonstrated historic patience and collaboration in a region known for neither.

Mayor Duggan needs to enforce financial discipline. Evidence of that would strengthen the can-do cooperation this region hasn’t seen in many years. It transcends parochial interests and encourages business to invest with confidence.

That’s huge — if it can be sustained.

The mayor and his many big-name business boosters must continue the collaboration that has helped pump billions in private-sector investment back into the city.

They also need to extend that spirit, and real dollars, deeper into the neighborhoods.

The mayor knows it, too.

Good ol’ Detroit confrontation has coursed through this region’s metaphorical veins for nearly half a century. It kills deals and alienates investors. It drives business leaders to make other choices because in an era of mobile capital and mobile talent, they can.

That’s one reason why Duggan promised “one Detroit for all of us” on election night. That’s because the “Two Detroits” narrative is real.

It’s backed by hard numbers on crime and jobs, per capita income and educational attainment.

You can see it in Detroit with your own eyes.

Compare the newly rehabbed buildings downtown to the burned-out homes in the neighborhoods, the soaring demand for condos and apartments in Midtown to the abandoned houses, or the jobs occupied by college-educated folks from the suburbs to the scarce jobs for those in the city without the skills to compete.

There still are two Detroits. Mike Duggan now has four more years to try to make them one.

Throwback Thursday: Why Don’t We Talk Much Anymore About Urban Farming?

By WDET in Article, Audio, Detroit Neighborhoods, WDET on November 17, 2017

By Michigan Radio in Article, Jobs & Economy, Justice on November 17, 2017