Who is to blame for what happened to Michigan Central Station?

Who is to blame for what happened to Michigan Central Station?

It was a near thing, but Michigan Central Station has a new lease on life, thanks to its purchase by Ford Motor Company.

The historic building is in terrible shape, stripped of much of its glory by former owners, thieves, and vandals. So Ford has its work cut out for it.

But the automaker’s plans (and finances) for the building seem much more firm than many of the pie-in-the-sky visions floated by other developers.

Michigan Central Station opened in 1913.  At 18 stories, it was the tallest train station in the world at the time. 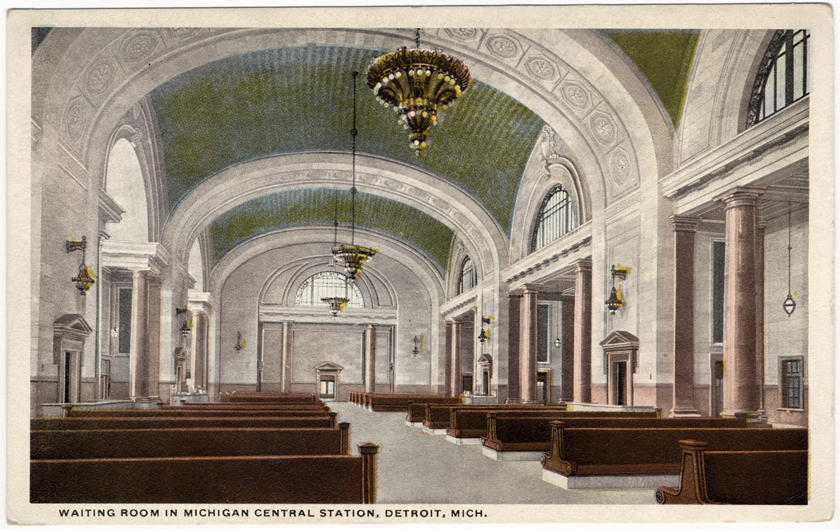 The station boasted a majestic Beaux-Arts facade and an interior lobby with soaring ceilings. Third generation Corktown resident John Kawegoma says even into the 1960’s, it was an impressive sight.

“I remember all of that,” he reminisces. “You know, the large marble pillars and all the brasswork… the old guy that had the shoeshine stand…”

But it wasn’t very long before automobiles and then airplanes began taking rail customers away.

Michigan Central Station on the decline

By 1971, only Amtrak still used the station. It was showing its age, and the passenger rail corporation put a few millions into renovations. But it wasn’t enough. Ticket revenue just couldn’t keep up with the station’s expensive needs.

In 1988, Amtrak moved out, setting up at a much smaller, cheaper building downtown. The station passed through a succession of owners, all failing to find a viable use for it.

One by one, the most valuable and irreplaceable items were sold – the chandeliers, the lighting, the brass fixtures.

Scrappers broke in and stole what was left.

Ambassador Bridge company buys it, only to let it decline even more.

In 1995, Ambassador Bridge owner Mattie Moroun bought it, but he failed to secure it.

Architect Garnet Cousins says it was sad to watch. Vandals destroyed all of the windows. 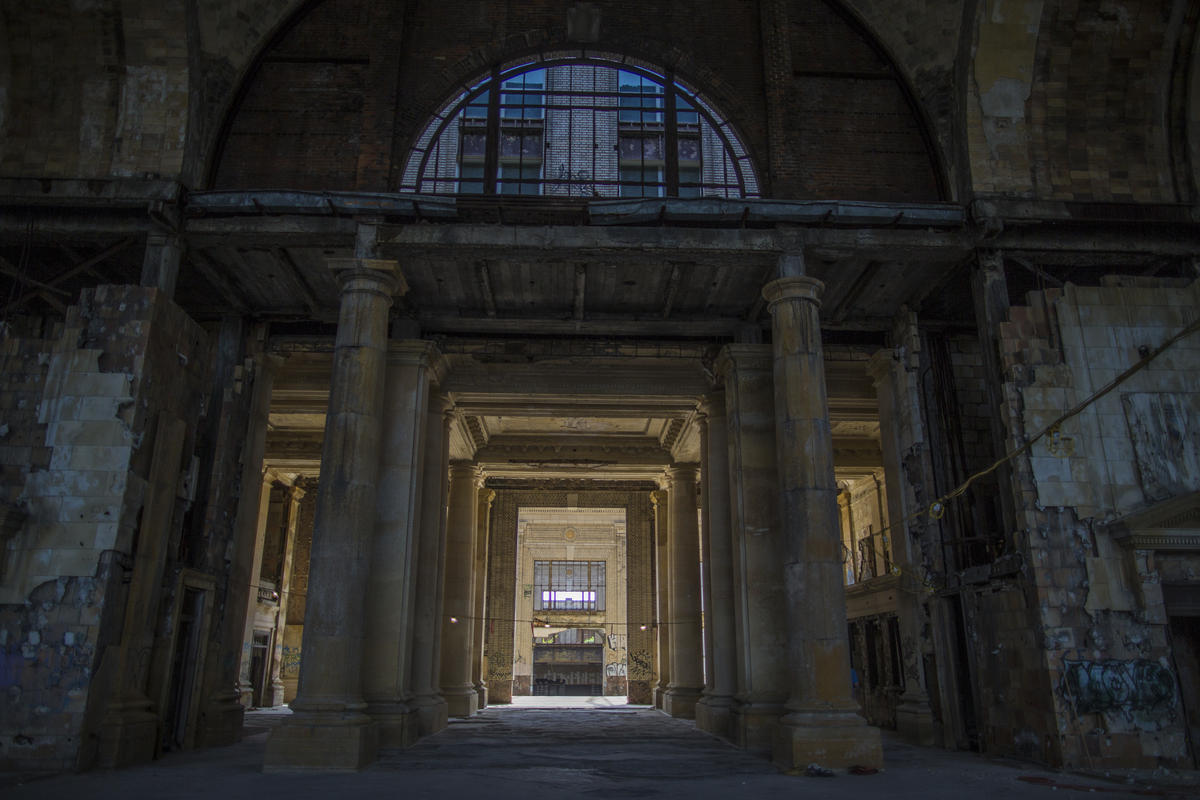 The station was stripped over the years by owners, scrappers CREDIT FORD MOTOR COMPANY

“The kids from the suburbs came down and played paintball in it,” he says. “People were shooting guns at the plasterwork. There were guys living in the building.”

“If a building in Detroit went vacant in the 1980s, 1990s, you know, it was open season,” he says. “And it’s a shame that the city tore apart such a beautiful piece of its past, but you can’t blame just one person for it.”

Finally, a reprieve, and hope for a future

By 2009, Michigan Central Station was on borrowed time. Detroit City Council twice ordered the Morouns to tear it down.

They refused. They were waiting for the right owner, they say. After years of complaints and pressure, the family finally replaced the windows, drained the flooded basement level, and secured it. 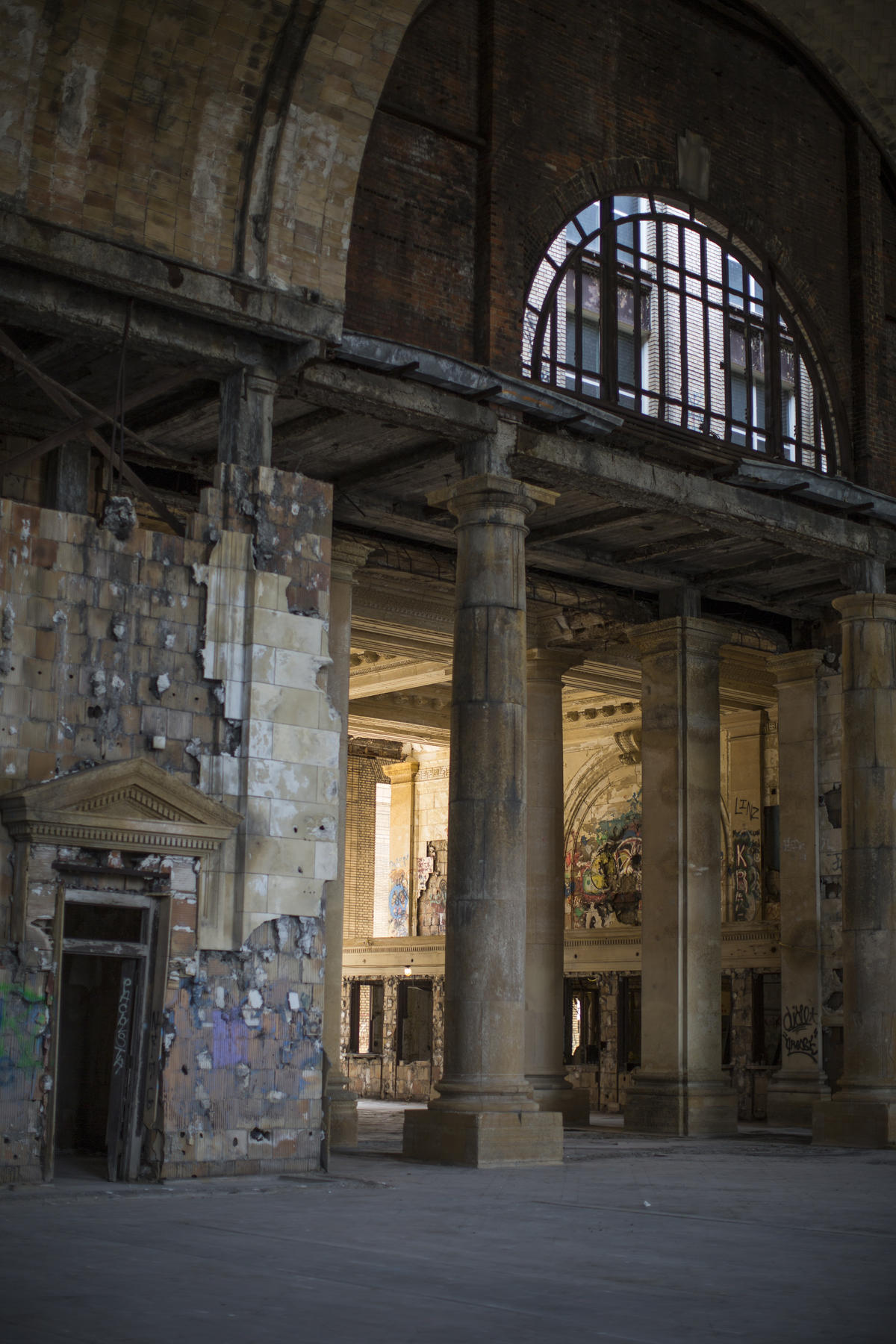 Ford’s plans (and finances) for the building seem much more firm than many of the pie-in-the-sky visions floated by other developers. CREDIT FORD MOTOR COMPANY

He’s says it’s ironic that the automaker that hastened the demise of passenger rail has become the station’s savior. But he’s thrilled and can’t wait to hear Ford’s plans for it.

Moghy says he never gave up hope – not for the station, and not for the city it represented.

Ford has released some details of its plans for the station. Michigan Central Station will become part of Ford’s 1.2 million square feet of Corktown property. The station will feature extensive office space, as well as retail and some residential housing.

The automaker plans to hold an open house June 22-24 to give the public a chance to see the building before renovations begin.

Davenport University partners with City of Detroit and Wayne County

One year in, Detroit’s QLine falling well short of expectations